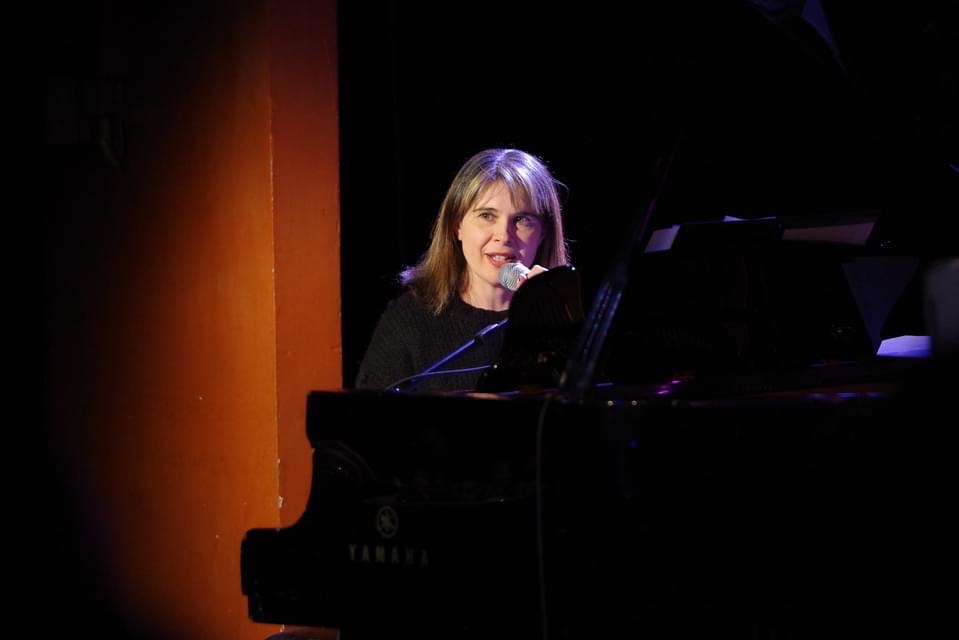 This is the start of a journey about the start of a journey. It’s the first time I’ve blogged, and it’s the beginning of my adventures in examining what it means to be a woman or minority-gender jazz musician in the UK, as I prepare to start a PhD this September. It’s also a reflection on what it can be like to start your journey as a jazz musician. As I write this, I’ve just finished a lesson with my pupil Millie. Before leaving she told me she’d recently been to a Conservatoire open day to check out their undergraduate jazz course. “I really liked it’’ she said, “There were two jam sessions, I played one tune, but I was the only girl who played” ‘’Were any other girls there?” “Only one at the jam, but she said she didn’t want to play, and there were a few female vocalists at the open day generally”

I’m actually quite shocked. Maybe a naïve standpoint for someone hoping to specialise in jazz and gender, but I did think there were more girls coming through the jazz education system now and that they would be, yes, still a minority, but a strong one. I make a mental note to keep this conversation going with M as she visits more Colleges.

At this point, I don’t really know where my research is going to take me, I have a rough idea of what I want to do but am aware that it could change at any point. What I do have a hunch about, is that I need to look closely at jazz education, and at what teenage girls are getting, or not getting out of it. Why were there only two female instrumentalists at the whole open day? And why did the other one not want to join in the jam? That’s perhaps not hard to imagine, I can remember hiding at the back of my own college jam sessions only too well. Is that fear to do with gender or are there boys feeling a bit intimidated and possibly a touch inadequate too? If so, why then does jazz education sometimes make people feel like this?

There are lots of women playing Jazz of course, and I’m not here to defend their position as being as good as the guys, I think we’re beyond that. My PhD isn’t on whether women can play jazz or not. I’m interested in why there isn’t an equal number of men and women out there playing jazz, because there isn’t. If you look at the uptake of school-age kids starting instrumental lessons, there’s no gender majority. As an ABRSM examiner, I see just as many girls as boys. Girls are as confident and creative as boys when it comes to playing other types of music, so what bothers them about jazz and why do they feel held back?

When I look back on situations where I felt intimidated and wanted to be invisible, a face usually floats into mind, and it’s usually the face of a guy. One of the complicated things about life is, these guys might be people I’m on great terms with now, because that’s how life works, we must rub along with the people we work with however they might make us feel. Obviously 48-year-old me would handle situations like that differently to the way that young me did, or would she? Honestly with a bit more thought, I’m not so sure. Why? because negative feelings make a far stronger impression than positive ones. So, ‘floaty face guy’ (let’s call him that) at some point, said, or did something that made me feel that to him, I was useless, someone he could just laugh at, so I ended up feeling like that too, at that moment, in that jam session, when I had to make a choice about whether to get up and play or not.

Girls are still being intimidated by boys and it’s happening in jazz education. Not all boys obviously but it only takes one snarky comment, look, or snigger, to cancel out any amount of encouragement and affirmation if you aren’t someone lucky enough to have high self-esteem and a healthy ‘screw you’ attitude. Millie’s got both, she’s going to be fine. She’s planned an awesome Summer for herself and educates me about gender issues every time I see her, but she needs more comrades on her chosen path. She needs not to be the only girl at the jam.